Why The USA Wants Germany To Be Anti-Russian 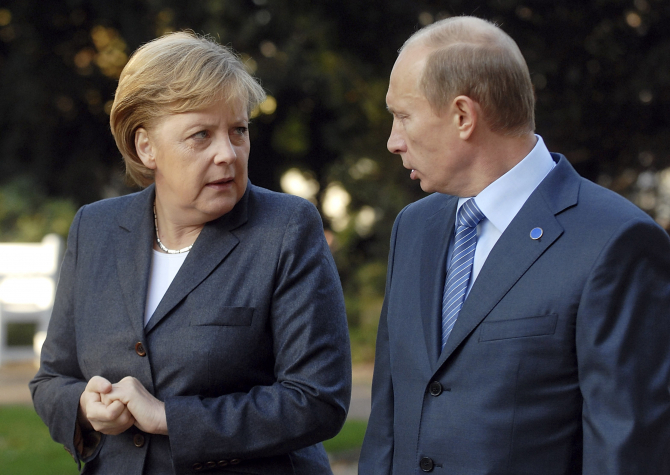 The Trump administration had repeatedly telegraphed its opposition to expansion of the Nord Stream pipeline network which was opened in 2011 as a Russo-German initiative, with involvement of French and Dutch firms. The Nord Stream 2 extension of the pipeline significantly boosts the flow of Russian-originated gas to the Old Continent with Berlin's agreement.

Germany decided to move ahead with the construction of Nord Stream 2 in the hope that the threats from the United States were only a scenic part of the White House's warmongering repertoire. After all, Germany in recent times has met every point of the American foreign agenda with near-total acquiescence, from Venezuela to Iran right up to the very recent idea of joining the anti-Huawei front despite the years-long excellent relationship held with China.

Berlin's efforts and hopes proved useless: Trump signed an order that allows the United States to sanction the firms involved in the North Stream 2's construction, succeeding into pushing Allseas, a key-company involved in the project, to indefinitely suspend its activities at the construction sites as to avoid fines or other economic reprisals that could cause it to go bankrupt.

Germany accused Trump's move of being "severe interference in its own internal affairs" but anger is likely to be followed by acceptance. Since the second postwar period Germany has been chained inside a "half-hegemony" condition which prevents the ruling elite from having or pursuing any ambitions of national greatness or independence.

Such self-castration is being exploited wisely and cynically by the United States since its rise as Europe's powerful guardian. The American aim is to pursue a goal which is fundamental for control over Eurasia: prevent an Asian-oriented German-led hegemony from emerging, otherwise Halford Mackinder's nightmare of a Berlin-Moscow axis could become true.

In 1904 English professor and geographer Sir Halford Mackinder elaborated a strategy aimed at helping the British retain global hegemony. He entitled his theory The Geographical Pivot of History and sent it to the London-based Royal Geographic Society. According to Mackinder, the transportation revolution would make the dominion of the sea less important than in the past centuries when it had allowed the British empire to extend to every continent and build up indisputable primacy in terms of power and wealth over the world-greatest powers.

Train technology in particular would make it possible to speed up the shipping times of goods and would accelerate the integration of Europe's and Asia's markets, Mackinder argued. This in turn would facilitate increased movement of people and, thus, of armies as well. Furthermore, the British empire was inebriated by its "splendid isolation" and was culpably underestimating the rise of a new great power in the heart of Europe, namely Germany, and the concomitant expansion of Russia in what he renamed the "Heartland", which is to say central Asia.

Two Powerhouses Whose Alliance Would Crush All Competitors

According to Mackinder, Germany was destined to be a hegemonic power for cultural and organizational reasons: high laboriousness, productive efficiency, mastery of the sciences, leading light of the industrial system, a national spirit of inventiveness, and a ruthlessly-efficient and disciplined military attitude inherited from the Prussian era. Russia exerted control over the world-largest and most resource-rich empire but did not have the necessary means to exploit and develop it, Mackinder said. However, if the two empires would ever understand the benefits of an alliance, international relations would change deeply to the detriment of England and all of Eurasia would then fall under a fearsome Russo-German influence. Mackinder was sure that, if the crown would follow his suggestions, Eurasia would continue to be anarchy-ruled and marked by national struggles and no great power or transcontinental alliance capable of rivaling London would rise. His guidelines were essentially the following: creation of buffer states in Europe and Asia through which the crown could exert pressure over the borders of the main hostile players, maintenance of a relevant presence along the "Rimland" of Asia's coastal strip and using a variety of diplomatic strategies and pressures to hinder any Russo-German rapprochement.

In the aftermath of World War II, Mackinder's thought was recovered, updated and deepened by the US, which emerged as the West's new hegemonic power and was already confronting the Soviet Union in the emerging Cold War. The first act in accordance with Mackinder's theory was Germany's split, which originally should have been divided into four parts, upon agreement with Moscow.

The Washington-run denazification program implemented in West Germany was also a natural prosecution of the strategy that encouraged territorial fragmentation and laid the foundations for Germany's doom of reaching its full potential. Despite the attempts at cultural annihilation and furthering a loss of territory, West Germany began a long race to rebirth and by the 1970s the country was Europe's economic powerhouse again. It was yet more evidence that Mackinder was right: Germany is a natural-born hegemony-oriented player.

After German reunification, chancellor Gerhard Schröder tried to end the half-hegemony curse and the related "economic giant, political dwarf" complex by strengthening the partnership with France and, above all, leading the EU's rapprochement with Russia. It was Schröder's idea to base Europe's energy security on Russian gas, as it is available in huge amounts at a cheap price and is quickly deliverable. Angela Merkel's chancellorship is much more different than Schröder's: the focus is largely centered on economic issues and European concerns, and the ambitions of autonomy from the American sphere of influence are widely reduced. Nonetheless, Schröder opened the way to a Mackinder-like scenario and in recent times the US has increased its controlling approach towards Germany, following a political line based on giving no concessions and consistently leaving no room for Germany to maneuver.

Obama's Involvement In The Current Situation

The newly-intensified US political line on Germany was started by the Barack Obama presidency, which used two means of pressure to convince Berlin to lead the Ukraine-related Russia-targeting sanctions regime, bringing the work for the Nord Stream 2 to its first standstill as a result of the Dieselgate scandal and proceedings against Monsanto. With the arrival of President Donald Trump, the White House strengthened pressure on Germany on Russia, hitting Russia by deepening the neo-containment policy and hitting Germany by feeding the Eurosceptic wave to destabilize the German-centered European order.

During the Bush Jr. and Obama eras the strategic focus was on the Islamic world, due to the War on Terror, but Trump shifted the attention towards Asia, particularly China where he launched the "New Great Game". An assault on Beijing and the New Silk Road is a simultaneous strike against Berlin and Moscow, which are profoundly tied to the Chinese economy and are interested in building an independently-developed and no longer American-controlled Eurasia.

In the new Great Game's context, Mackinder's role is over, while the ideas of former President Jimmy Carter's late national security adviser Zbigniew Brzezinski come onstage. Brzezinski essentially updated Mackinder's Heartland theory and developed a strategy for the US to control Asia in the new century, later published in his book The Grand Chessboard. The Polish-born strategist underlined two points in particular: the importance of exerting pressure over the Rimland, and the use of buffer states to disturb the principal Eurasian players led by hegemonic agendas. He also foresaw the rise of China as a principal US adversary and competitor.

This is the reason behind the increasingly pervasive and aggressive American military presence in the South China Sea, the Indian Ocean and the Persian Gulf, as well as their containment policies targeting Germany, Russia and China. America's leverage in these nations is largely based on the support given to and granted by hostile neighboring countries, or buffer states.

For instance, the Visegrad alliance and the Baltic countries constitute a cordon sanitaire that plays a dual anti-German and anti-Russian role at the same time. These areas are NATO's strongest bastion and Visegrad is also effectively anti-German being as it is the beating heart of Euroscepticism. It is no coincidence that French President Emmanuel Macron⁠—who recently launched a strategic rethink aimed at improving relations with the Kremlin and freeing the EU from Washington's primacy⁠—is pressing for a European army and is increasingly resorting to a stick and carrot approach with the former members of the defunct Warsaw Pact, which are economically dependent on the structural funds of Brussels. Macron is fully aware that these states represent a fifth column that inhibits any global European strategy.

As long as Germany continues to live the half-hegemony complex ("economic giant, political dwarf"), the United States will be able to impose and make it accept passively any diktat and reprisal that it desires, preventing Germany from driving Europe's compass towards Asia, where the Mackinderian fear of Russia is now strengthened by the Brzezinskian fear of China. 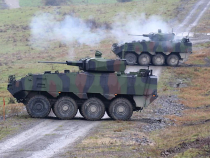 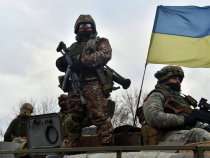 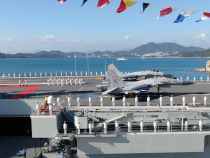 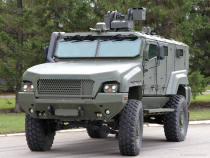 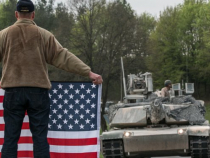 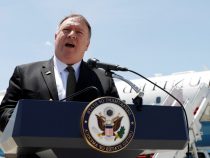 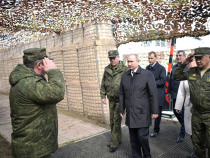 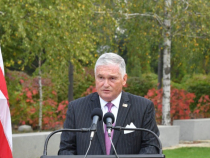 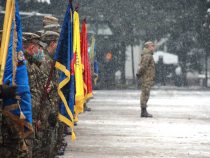