China has dramatically reduced its trade with Iran

A podcast version of this story is available on Soundcloud, Itunes, Spotify, Stitcher, TuneIn and Tumblr

China has dramatically reduced its trade with Iran in line with US sanctions, raising questions whether Iran will remain committed to an international agreement that puts severe limits on its nuclear endeavours.

Reduced Chinese trade also suggests that Iran is likely to face increased obstacles as it seeks to blunt the impact of the harsh US sanctions imposed last year in a bid to force the Islamic republic to change its regional and defense policy.

China’s apparent willingness to accommodate the sanctions is remarkable given Beijing’s declared efforts to salvage the 2015 international agreement that curbed Iran’s nuclear program as well as its escalating trade and technology dispute with the United States.

The Justice Department asserts that the company and Ms. Meng violated Iran sanctions in addition to stealing US robotic technology.

Based on a review of trade data from China’s General Customs Administration, Bourse & Bazaar concluded that Chinese trade with Iran had dropped by 70 percent in the first two months after the re-imposition of US sanctions. In addition, China’s Bank of Kunlun, the vehicle China used in the past for business with Iran because it had no exposure to the United States and as a result was not vulnerable to US sanctions, said in December that it would restrict its business with Iran to humanitarian trade, effectively excluding all other transactions.

China replaced Europe as Iran’s main trading partner in 2012 at a time that Iran was under United Nations sanctions. Those sanctions were lifted with the conclusion of the nuclear agreement in 2015.

Bourse & Bazaar said Chinese exports to Iran had dropped to US$400 million in the period from October to December of last year compared to US$1.2 billion in the same period in 2017.

“China may be abandoning the policy of sustaining trade with Iran in direct contravention of US sanctions, introducing both economic risks in regards to Iran’s continued industrialization and political risks in regards to Iran’s continued compliance with the JCPOA,” the report said, referring to the nuclear accord by the initials of its official designation, the Joint Comprehensive Plan of Action.

The report said that Iran relies on China for the import of badly needed industrial machinery and technology funded by its oil exports.

Iranian oil exports to China rebounded after the US gave China and seven other countries a six-month waiver but that did not revive Chinese exports, the report said.

Chinese compliance with US sanctions, at least in terms of trade could put to the test Iran’s declared commitment to the nuclear agreement in the wake of US President Donald J. Trump’s withdrawal from the accord last May.

Iran has said its continued commitment would be determined by whether the accord remained in its interest, determined primarily by the ability and willingness of the other signatories to the agreement --China, the European Union, Britain, France, Germany and Russia – to help it blunt the impact of the US sanctions.

The signatories have so far maintained that Iran has complied with the agreement even if the European Union recently sanctioned Iran’s intelligence ministry for allegedly targeting Iranian dissidents in the Netherlands, Denmark and France.

Germany subsequently banned Mahan Air, an Iranian airline sanctioned by the United States, from landing at its airports, asserting that Mahan Air had ferried fighters and weapons to Iranian-backed forces in Syria. Mahan Air operated four flights a week to Duesseldorf and Munich.

The signatories’ position appeared to be supported by a Worldwide Threat Assessment by the US intelligence community that in effect concluded that the Trump administration’s Iran policy had so far failed.

"We continue to assess that Iran is not currently undertaking the key nuclear weapons-development activities we judge necessary to produce a nuclear device,” Director of National Intelligence Daniel Coats told the Senate Intelligence committee in a hearing on the 42-page report.

The report warned that US policy could empower Iranian hard-liners; had sparked at best only sporadic uncoordinated anti-government protests in the Islamic republic; had failed to persuade Iran to change its regional and defense policy; and could prompt it to pursue more aggressive policies to counter perceived US, Saudi and Israeli attempts to destabilize the regime in Tehran.

Disclosure of Chinese willingness to comply to some degree with US sanctions as well as the European sanctions come in advance of a conference in Warsaw next month convened by the United States to discuss peace and security in the Middle East.

The conference, to which Iran has not been invited, is widely seen as a US effort to bolster support for its Iran policy. Russia and EU foreign policy chief Federica Mogherini have said that they would not be participating in the meeting.

An article in China’s state-owned Global Times discussing the Warsaw meeting under the headline, Poland is getting closer to US, but should China be worried? noted that Poland had arrested on espionage charges a former Chinese employee of Huawei and was considering banning the company.

The European Union, in a bid to blunt the impact of the US sanctions, is believed to be on the verge of launching a financial clearing house known as the Special Purpose Vehicle (SPV) that would allow European companies to continue to trade with Iran in accordance with EU law and could be open to other partners such as China.

The vehicle is being conceived as an alternative to the Brussels-based Society for the Worldwide Interbank Financial Telecommunication (SWIFT) international financial messaging system used by more than 10,000 banks worldwide.

The US has blacklisted tens of Iranian banks and pressured SWIFT into agreeing to steer clear of handling transactions of those banks.

The Bourse & Bazaar report warned that continued Chinese refusal to buck US sanctions and ensure Iran has the necessary industrial machinery and technology to keep its economy running would fuel unemployment in the country that could be “devastating and destabilizing.”

The report said Iran was more likely to withdraw from the nuclear agreement in a move that could significantly raise tensions in the Middle East as a result of Chinese rather than European compliance with US sanctions.

“If the nuclear deal collapses due to extraordinary economic pressures in Iran, China may be to blame,” the report said. 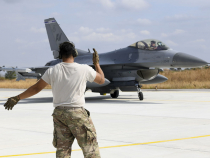 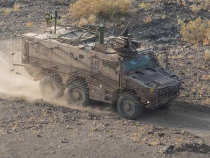 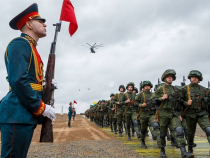 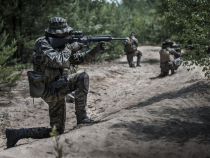 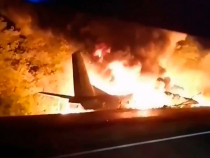 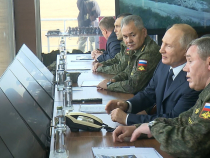 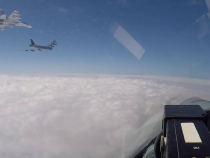 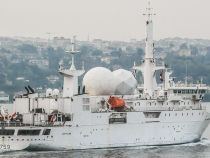 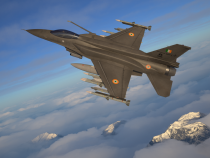