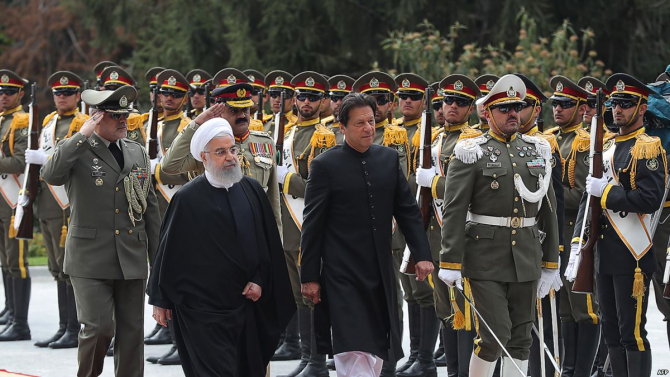 Two attacks in as many weeks in Pakistan's troubled province of Balochistan shatter hopes that the country has gained the upper hand in efforts to reduce political violence. The attacks also raise questions about Pakistan's ability to walk a geopolitical tightrope.

Coming days before Pakistani prime minister Imran Khan embarked on a two-day visit to Iran, the attacks highlight the fallout of the debilitating rivalry between Saudi Arabia and Iran and Pakistan's mixed success in insulating China's massive US$45 billion plus Belt and Road-related investment from the dispute as well as Baloch nationalist aspirations.

An April 12 bombing targeted a predominantly Hazara market, not because of the group's ethnicity but because they were Shiites who have been under siege for years as a result of their religious beliefs. Nineteen people were killed in the bombing and dozens of others wounded.

Six days later, Baloch nationalists killed 14 members of Pakistan's security forces on a coastal highway, raising renewed concern in Beijing about the safety of Chinese nationals and investment in Balochistan, a crown jewel of the Belt and Road.

Mr. Khan hopes that his talks in Tehran will help end mounting tensions in Balochistan and along the-960-kilometre-long Baloch-Iran border. He needs a lowering of tension in advance of meetings later this week with top Chinese officials on the side lines of the 2nd Belt and Road Forum in Beijing.

The heightened tension and Mr. Khan's Tehran and Beijing talks come against the backdrop of heightened suspicion of US and Saudi intentions.

Many analysts saw this month's Saudi-backed US designation of the Iranian Revolutionary Guards Corps (IRGC) as an escalation of tensions that risked military confrontation and would likely complicate any effort to steer parties towards the negotiating table.

Some Pakistani officials as well as Baloch activists suggested that the killing of the security forces was the result of predominantly Shiite Iran loosening its grip on the operations of Baloch nationalist groups such as the Balochistan Liberation Front (BLF) and the Baloch Liberation Army (BLA) who are believed to have a presence in the province of Sistan and Baluchistan on the Iranian side of the Pakistani border.

The Iranian move was believed to be a response to attacks by allegedly Saudi-backed Sunni militants based in Pakistani Balochistan. The attacks include a suicide bombing in Chabahar in December that targeted a Revolutionary Guards headquarters, killing two people and wounding 40.

Chabahar is home to an Indian-backed port a mere 70 kilometres up the Arabian Sea coast from the Chinese-funded, Pakistani Baloch port of Gwadar.

Iran asserts that Jaish ul-Adel (Army of Justice), an allegedly Saudi-backed group, operates from Pakistani Balochistan. The group claimed responsibility in February for the killing of 27 Iranian Revolutionary Guards.

Iranian intelligence minister Mahmoud Alavi vowed at the time to take revenge for the killings on "the masterminds, perpetrators and their sponsors".

Iran has watched with growing concern what it perceives to be an increasing tilt towards Saudi Arabia helped pull financially strapped Pakistan back from the brink with at least US$6 billion in financial aid and promises of another US$10 billion in investment in Balochistan.

It will not have gone unnoticed in Tehran that authorities two days before the Hazara bombing released from prison Ramzan Mengal, a top leader of a banned sectarian group and alleged conduit of funds originating in Saudi Arabia that have been flowing in recent years to anti-Shiite, anti-Iranian militants in Balochistan.

Mr. Mengal is believed to head the Balochistan chapter of Ahle Sunnat Wal Jammat (ASWJ), a banned successor to Sipah-e-Sahaba (SSP) or The Army of the Companions of the Prophet, an outlawed group responsible for the death of a large number of Shiites in the past three decades that is believed to have long enjoyed Saudi financial backing.

He is also seen as a leader of Lashkar-e-Jhangvi, a Sipah offshoot that has ties to Al Qaeda and the Islamic State and has claimed responsibility for the death of more than 200 Hazara Shiites in recent years.

"Ramzan gets whatever he needs from the Saudis," the co-founder said.

Dressed in traditional white garb, a waistcoat and black turban, Mr. Mengal was known to often march on the streets of the Baloch capital of Quetta shouting sectarian slogans.

A frequent suspect in the killings of Hazara Shiites, he led crowds chanting "Kafir, kafir, Shia kafir (Infidels, infidels, Shiites are infidels)," but has recently become more cautious not to violate Pakistani laws on hate speech.

Mr. Qureishi, the foreign minister, phoned his Iranian counterpart, Mohammed Javad Zarif, on the eve of Mr. Khan's visit to express the "anger of the Pakistani nation" at the attack on the Pakistani guards.

Mr. Qureshi further said that Pakistan had decided to build a fence along its border with Iran. "The work has already started from the points that are frequently misused," Mr. Qureshi said.

The fence may enhance security on the porous border, but is unlikely to quell violence in Balochistan that, although exploited by Iran, is primarily driven by long-standing sectarian strife fuelled by the Saudi-Iranian rivalry; neglect of Baloch social and economic demands and political aspirations; and Baloch fears of becoming victims rather than beneficiaries of Chinese and Saudi investment.

Said columnist Naazir Mahmood: "Democracy means ensuring the rights to life, safety and security, the right to earn livelihood and the right to get an education without fear... A complete ban on, and disarming of, sectarian outfits, coupled with strengthening of democracy with all its rights respected by the state, may result in a curbing of violence in Balochistan."

Dr. James M. Dorsey is a senior fellow at Nanyang Technological University's S. Rajaratnam School of International Studies, an adjunct senior research fellow at the National University of Singapore's Middle East Institute and co-director of the University of Wuerzburg's Institute of Fan Culture. 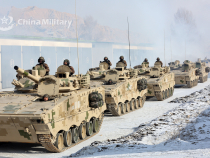 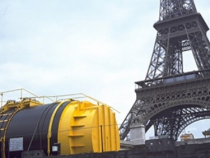 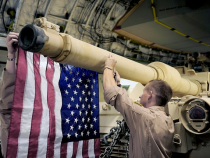 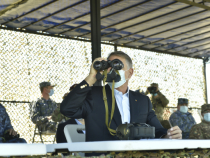 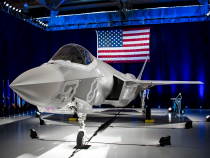 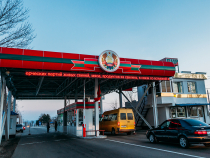 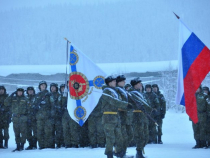 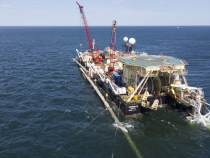 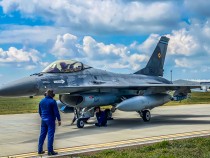